This is what you need to consider

In the context of ever-increasing globalisation and the associated transnational deployment of work personnel, the existing safety labelling in Germany has been adapted to the international standard ISO 7010. Clear symbols are intended to increase safety for staff regardless of language and culture by making symbols uniform and easy to understand.

ISO 7010 was adopted into the German regulations in 2009 as DIN EN ISO 7010. ASR A1.3 Safety Labelling was also adapted in 2013 and now includes the pictograms according to the international standard. In addition, selected symbols from the predecessor standard DIN 4844-2 were adopted or retained in Germany.

Some pictograms have been changed. For example, all fire protection signs feature a stylised flame as a recurring symbol.

The rescue sign "doctor" according to DIN 4844-2, for example, used to show an Asclepius symbol with a snake coiled around a staff. Since no doctor would be suspected behind this sign in the Asian region (here the snake stands for malice), this sign has now been adapted. A person with a stethoscope is now supposed to indicate medical help. For better clarity, text-based safety instructions have been omitted and replaced by symbols.

BGV A8 or ISO 7010: Must safety labelling now be changed?

With the publication of the new ASR A1.3, many operators are asking themselves whether their safety signs and fire protection plans now need to be adapted.

The workplace directive ASR A1.3 contains practical instructions for the operator or entrepreneur on how to implement the workplace ordinance, which in turn is binding for him. If he follows the measures and instructions of ASR A1.3, he can claim the presumption of conformity (compliance with the Workplace Ordinance) and is thus on the right side. Alternatively, it must be checked within the framework of a risk assessment whether the old safety signs can still be used or which measures must be taken to achieve the same protection goal. In this case, the responsibility lies with the responsible persons themselves.

However, avoid mixing up the symbols in any case. Remember, DIN 23601 for escape and rescue plans has also adopted the international pictograms. Symbols of signs and plans must be identical so that they can be recognised quickly.

"The employer shall ensure that workplaces are set up and operated in such a way that they do not pose a risk to the safety and health of workers. In doing so, he shall take into account the state of the art and, in particular, the rules and findings published by the Federal Ministry of Labour and Social Affairs in accordance with Section 7(4)."

The Workplace Directive, which regulates the design of safety signs. However, it does not state whether a safety sign is to be used. This is the subject of a risk assessment. In general, the employer must set up and operate a workplace in such a way that it does not pose any safety hazards. In case of doubt, the use of safety signs is recommended.

Another change to ASR A1.3 was the adaptation of the escape and rescue route plan to DIN ISO 23601, which also contains the new safety signs of ISO 7010.

The BGV A8 guideline is an accident prevention regulation. It was repealed with the update of ASR A1.3 in 2013, as the marking of the new ASR A1.3 2013 was sufficiently marked.

This information is for guidance and is not a substitute for a risk assessment and advice from a fire protection expert. All information contained on this page has been researched with the utmost care. Nevertheless, it can only be provided expressly without any guarantee. Errors and omissions excepted. 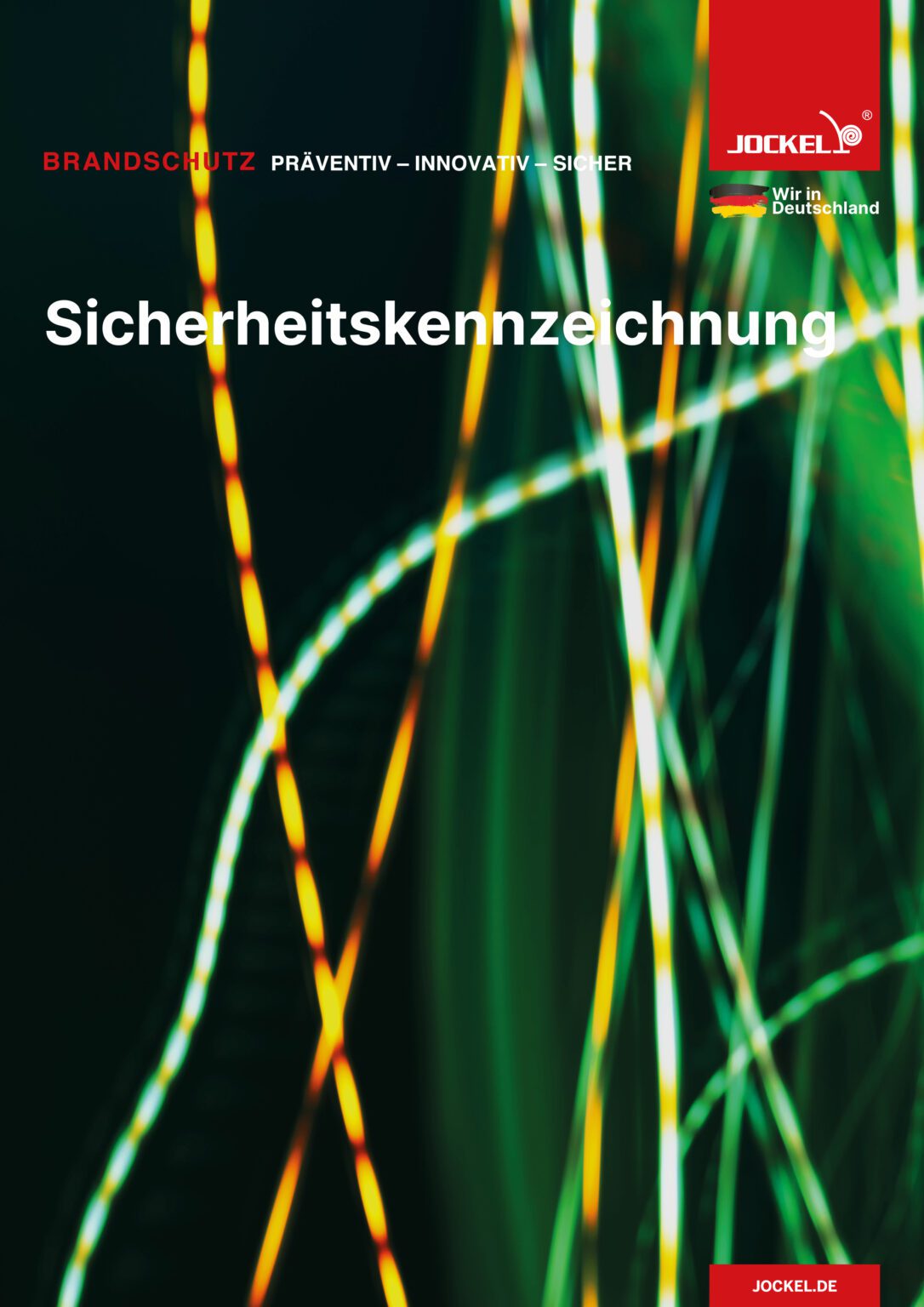