With more safety for the user

Especially in the industrial sector, where alcohols and alcohol mixtures are used, but also in medical facilities where, for example, disinfectants are stored, fire protection must be met with more differentiated solutions.

For an optimal result, the matching of extinguishing agent and extinguisher is crucial. A stable coherent polymer film, which is decisive for a successful extinguishing operation, can only be formed with a gentle foam discharge through the extinguishing nozzle.

Since the extinguisher can be used for both non-polar and polar fires, this extinguisher is ideal especially when the user is not 100% certain about the nature of the burning liquids or their mixtures.

More than a special extinguisher:

With an extinguishing capacity of 6 LE, the fire extinguisher meets the minimum requirements for basic equipment of ASR A2.2. 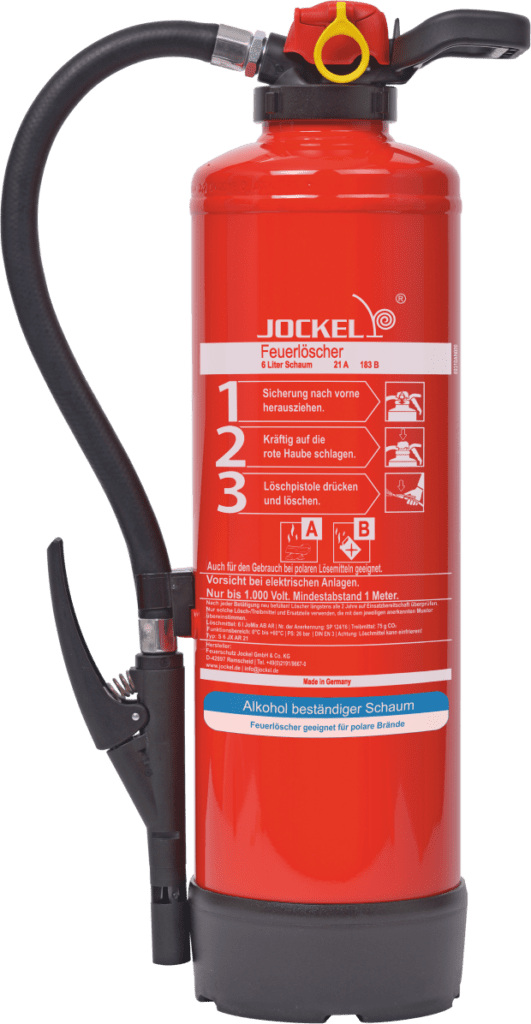