Anyone who has ever stood in front of a burning pan or deep fryer knows the speed with which cooking oil and fat can self-ignite. Now the wrong extinguishing agent, such as water, and the so-called fat explosion occurs. Since burning fat or oil is already several hundred degrees Celsius hot, added water evaporates abruptly. This explosive evaporation causes the burning fat to be thrown out of the container. For successfully fighting cooking oil and fat fires (fire class F), Jockel has special devices in its range that can also be used universally in fire classes A and B.

This household extinguisher is a real all-rounder. It can be easily stored in the kitchen cupboard and is therefore always within reach when needed. 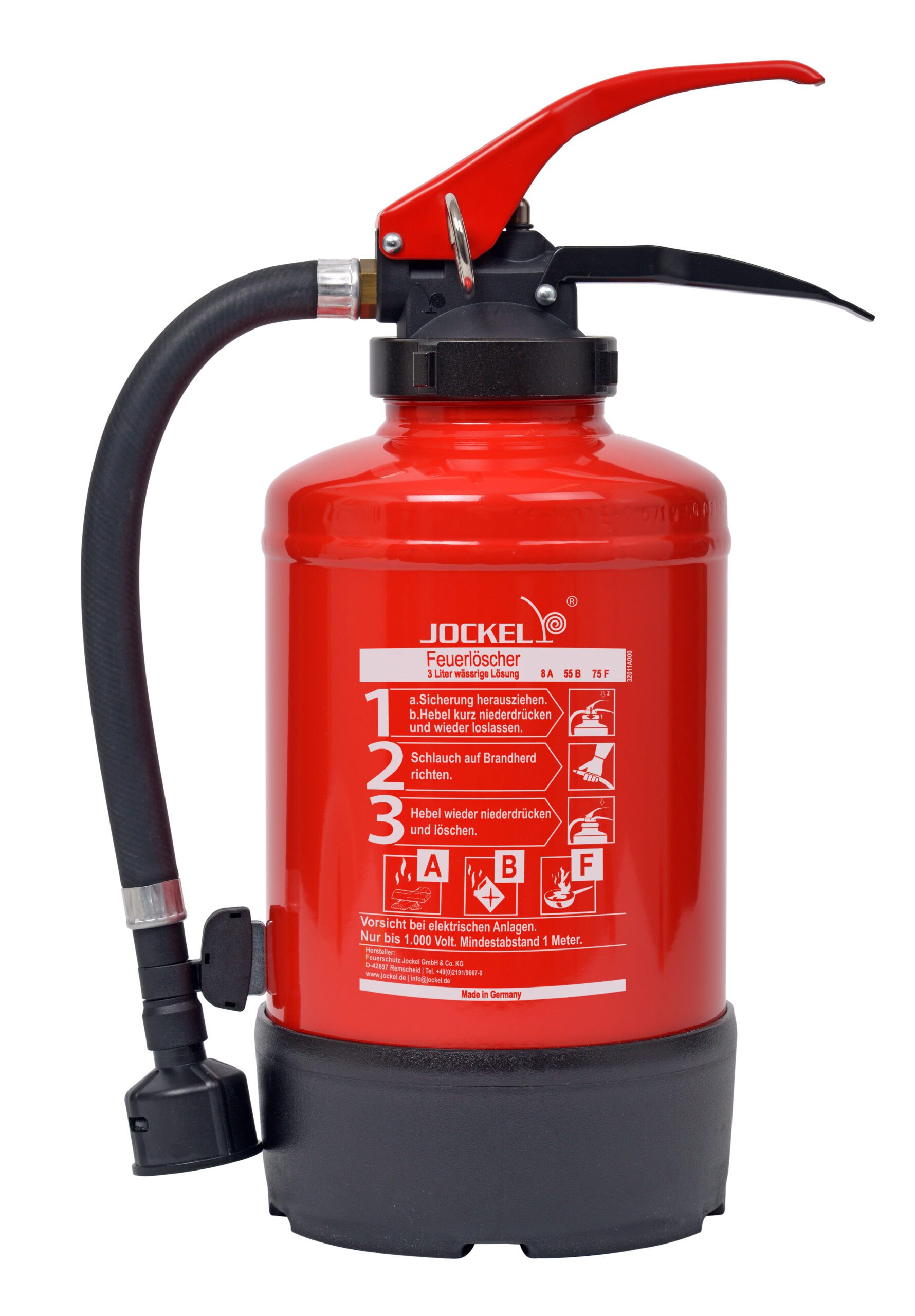 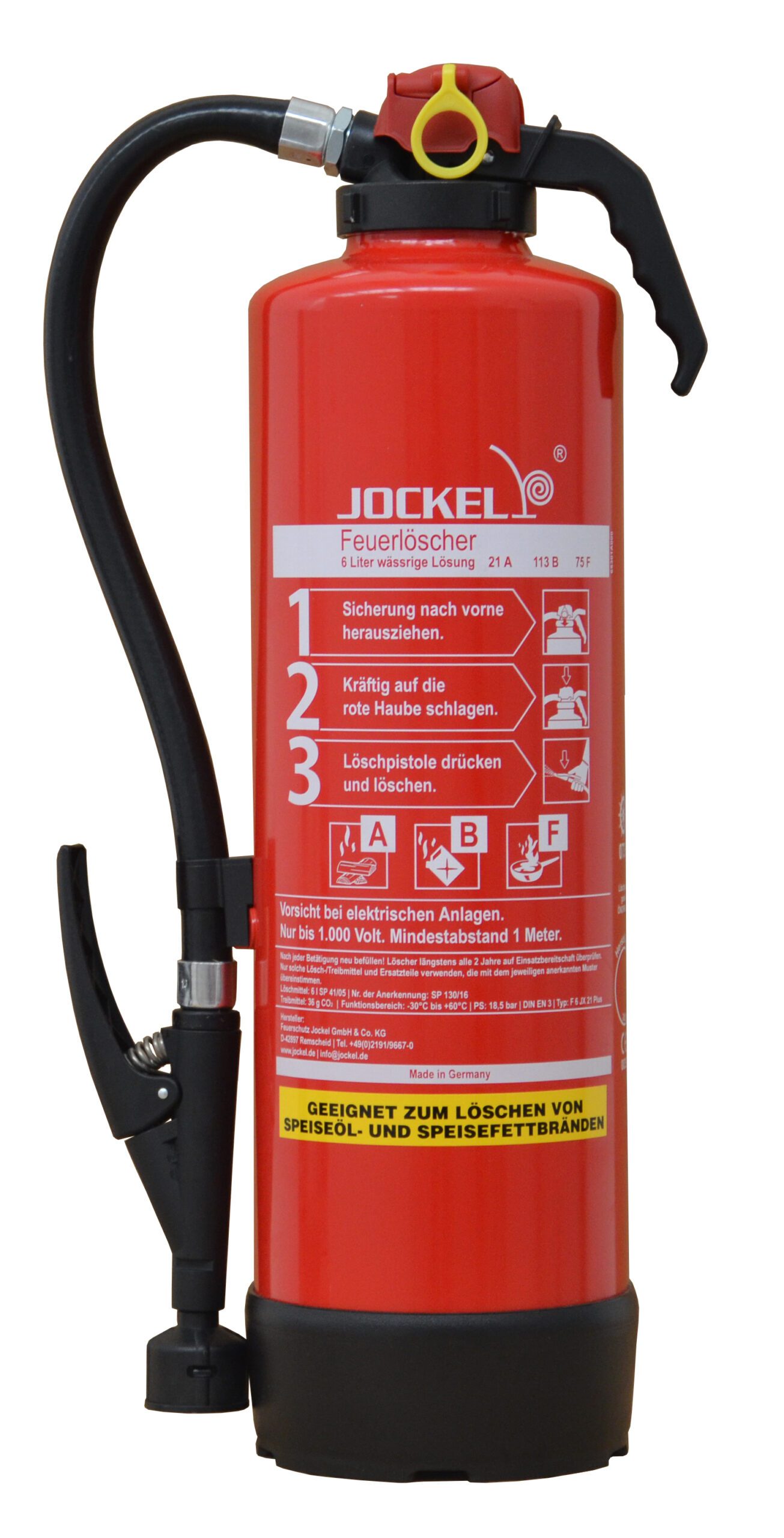 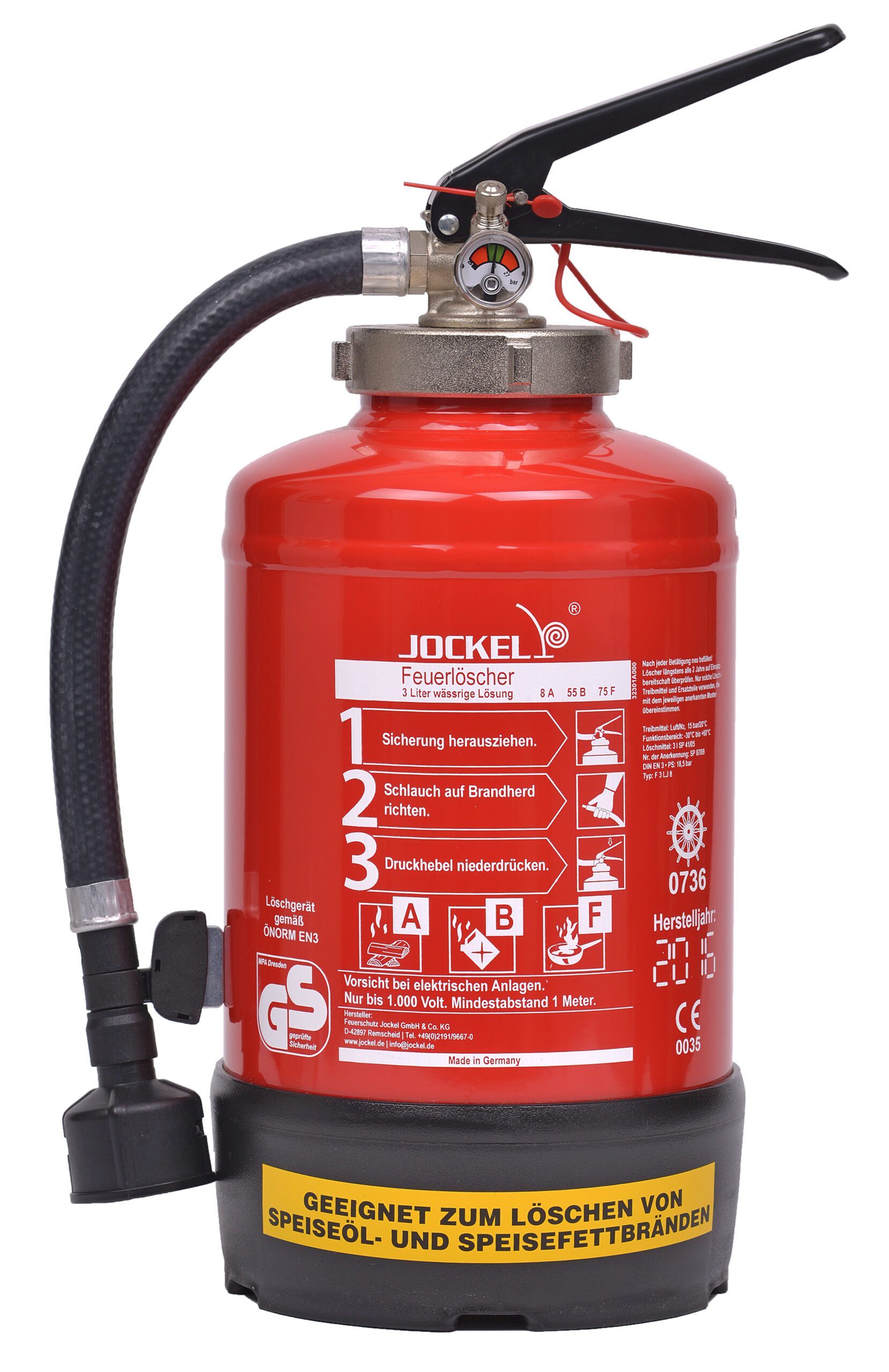 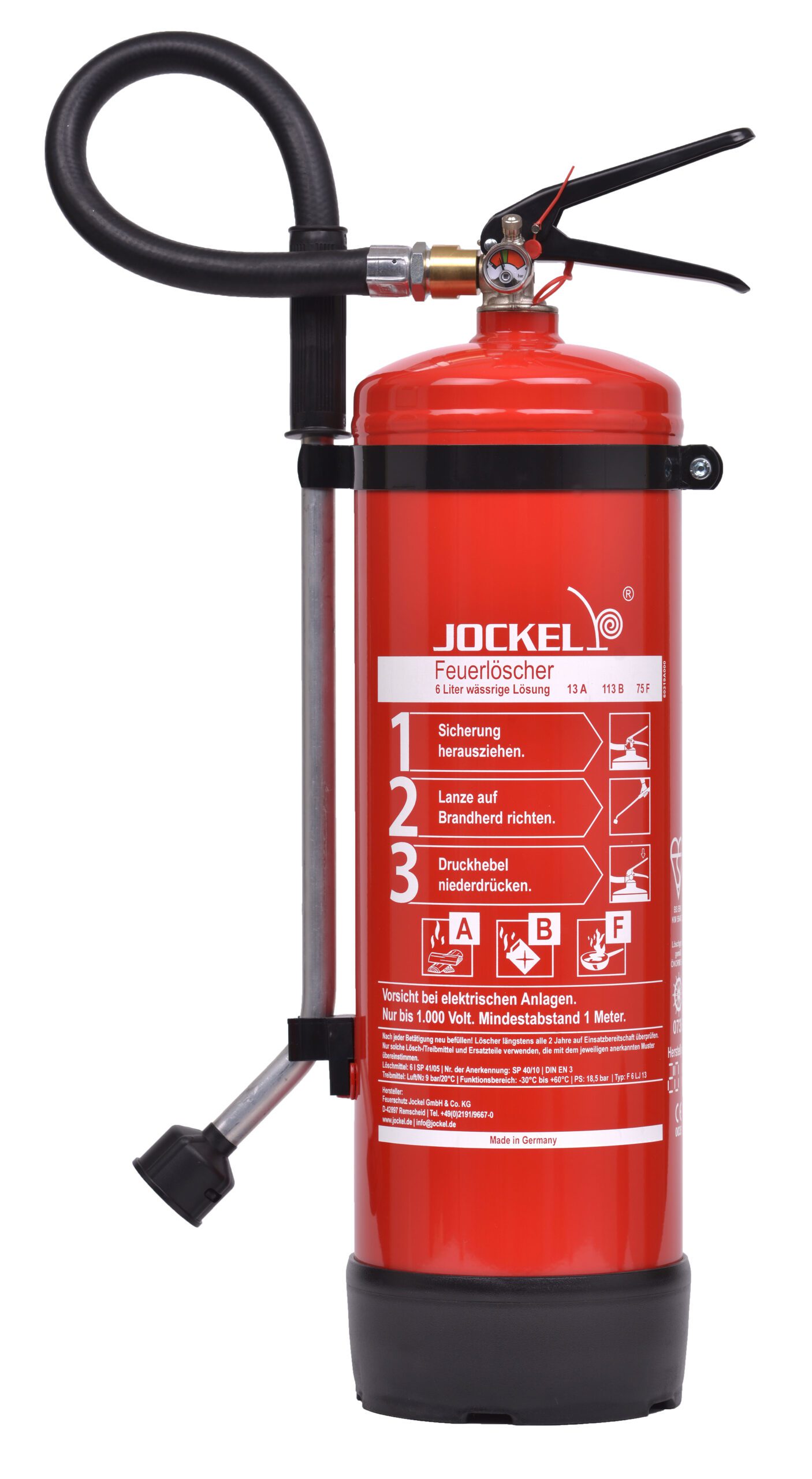